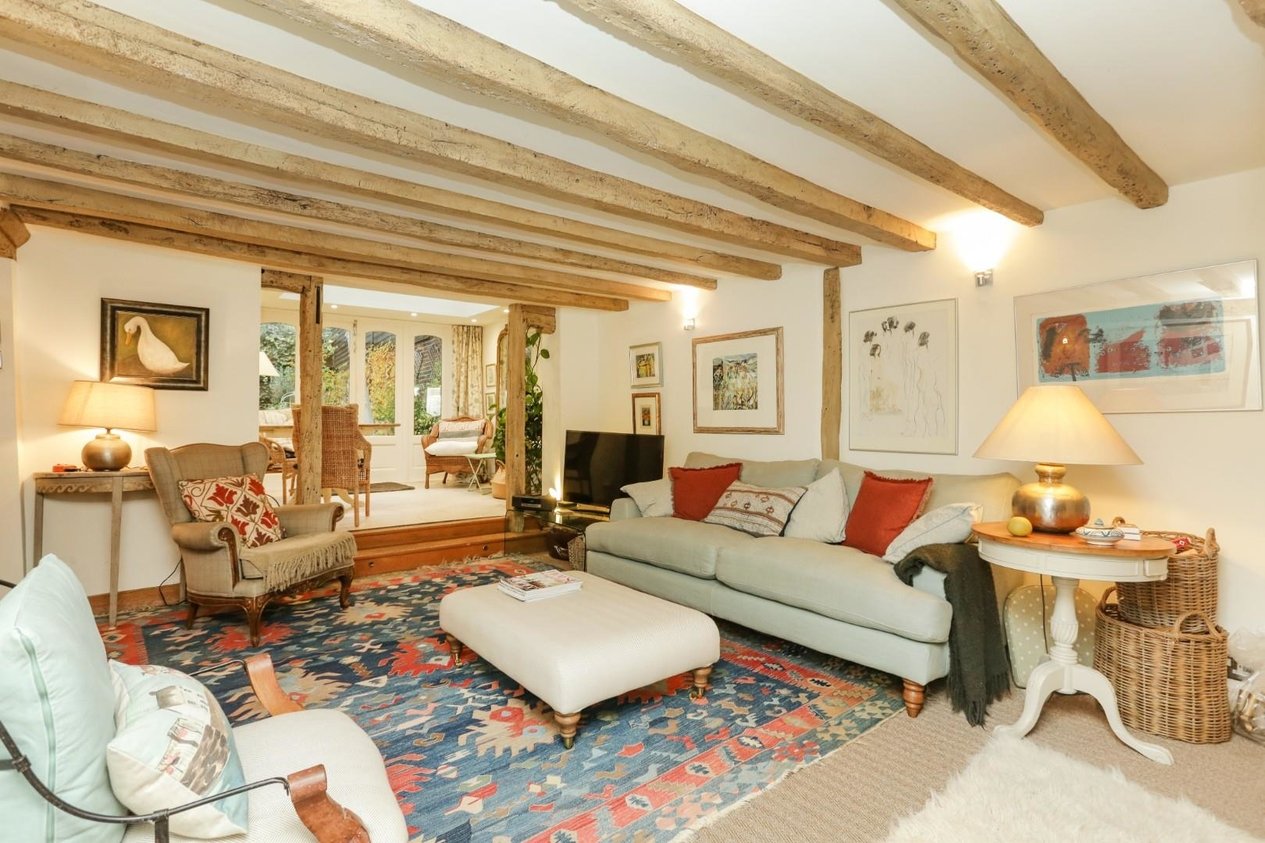 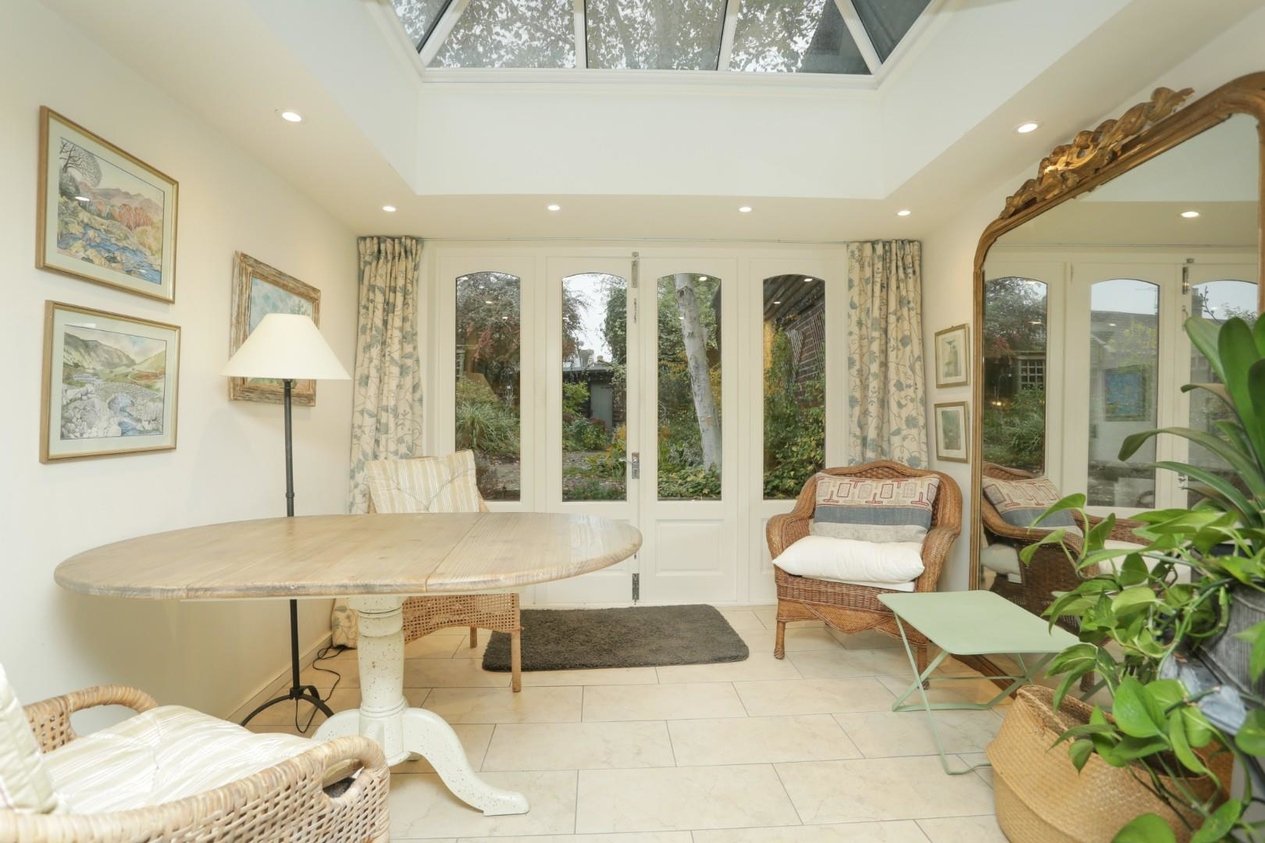 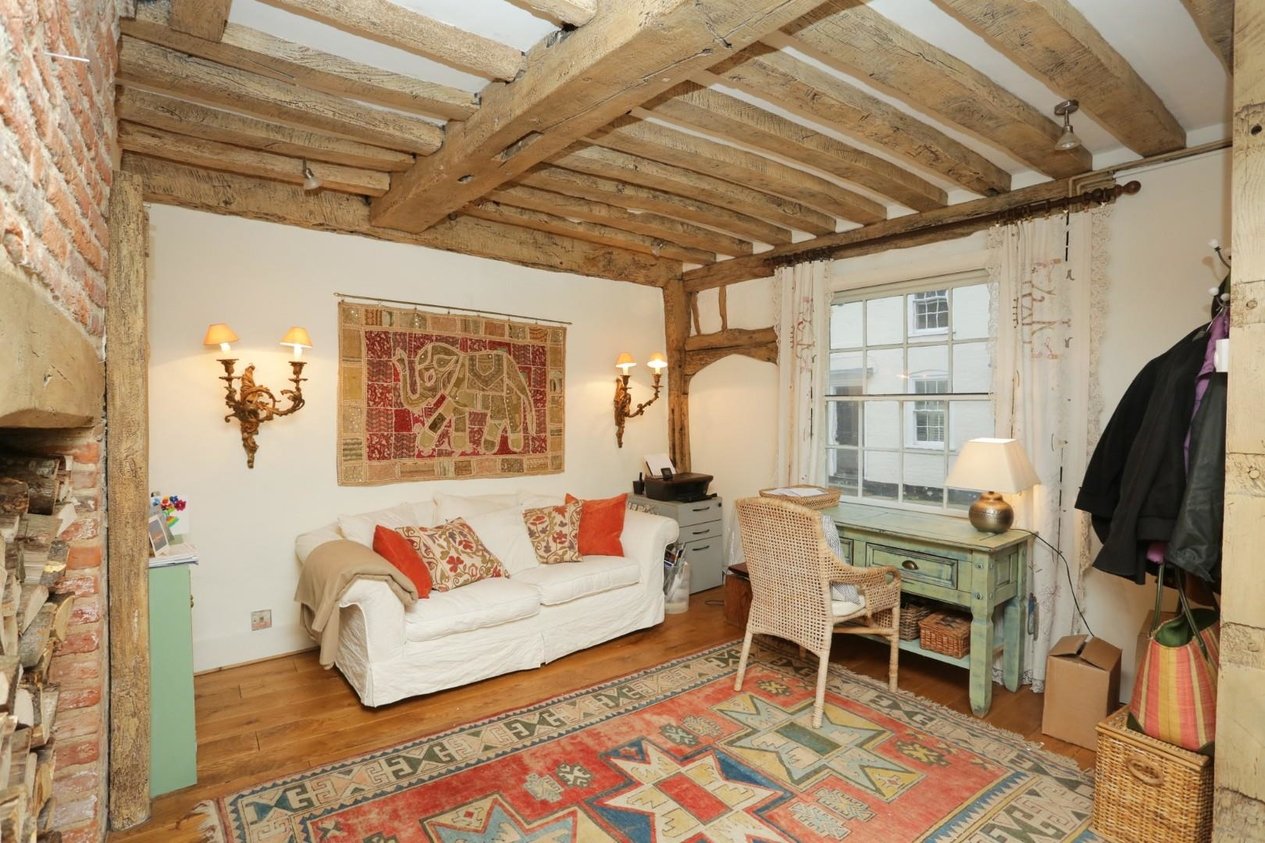 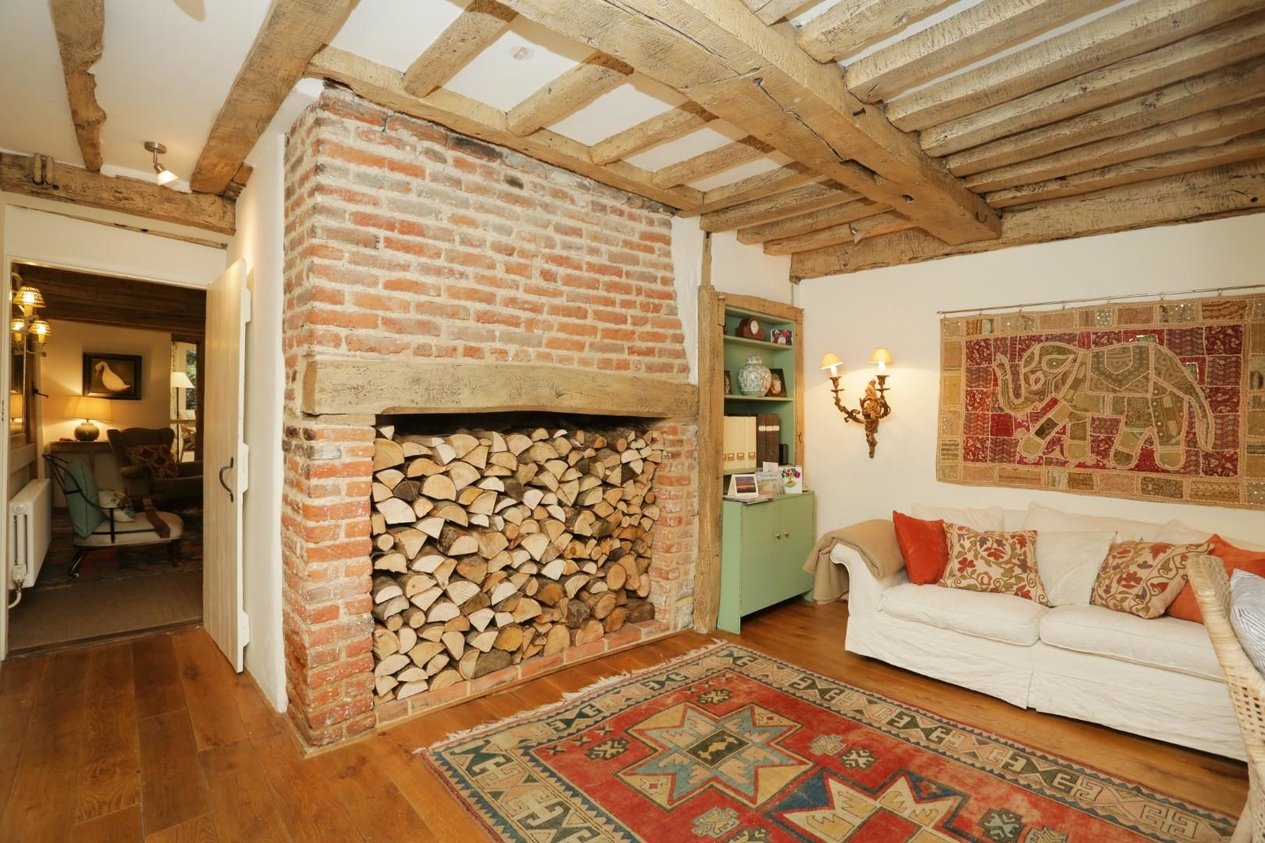 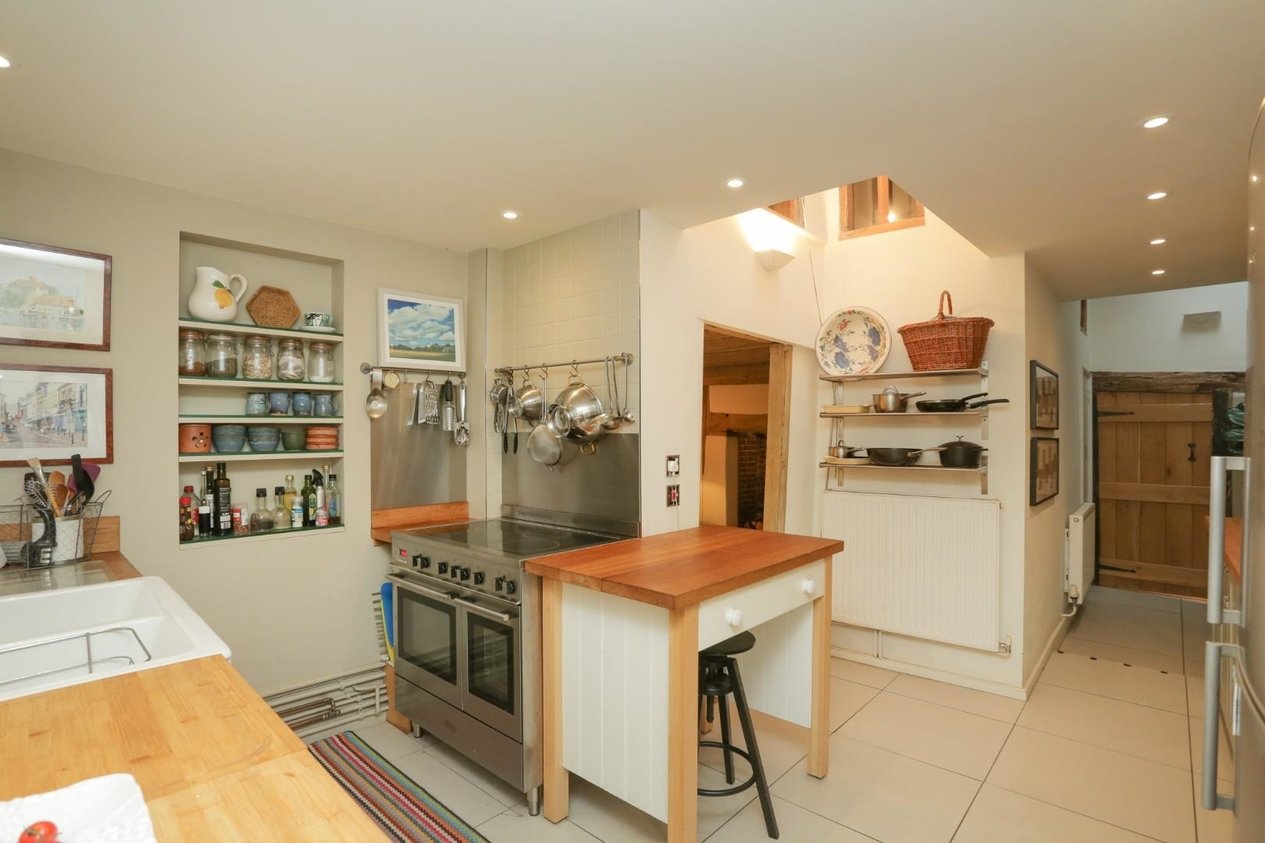 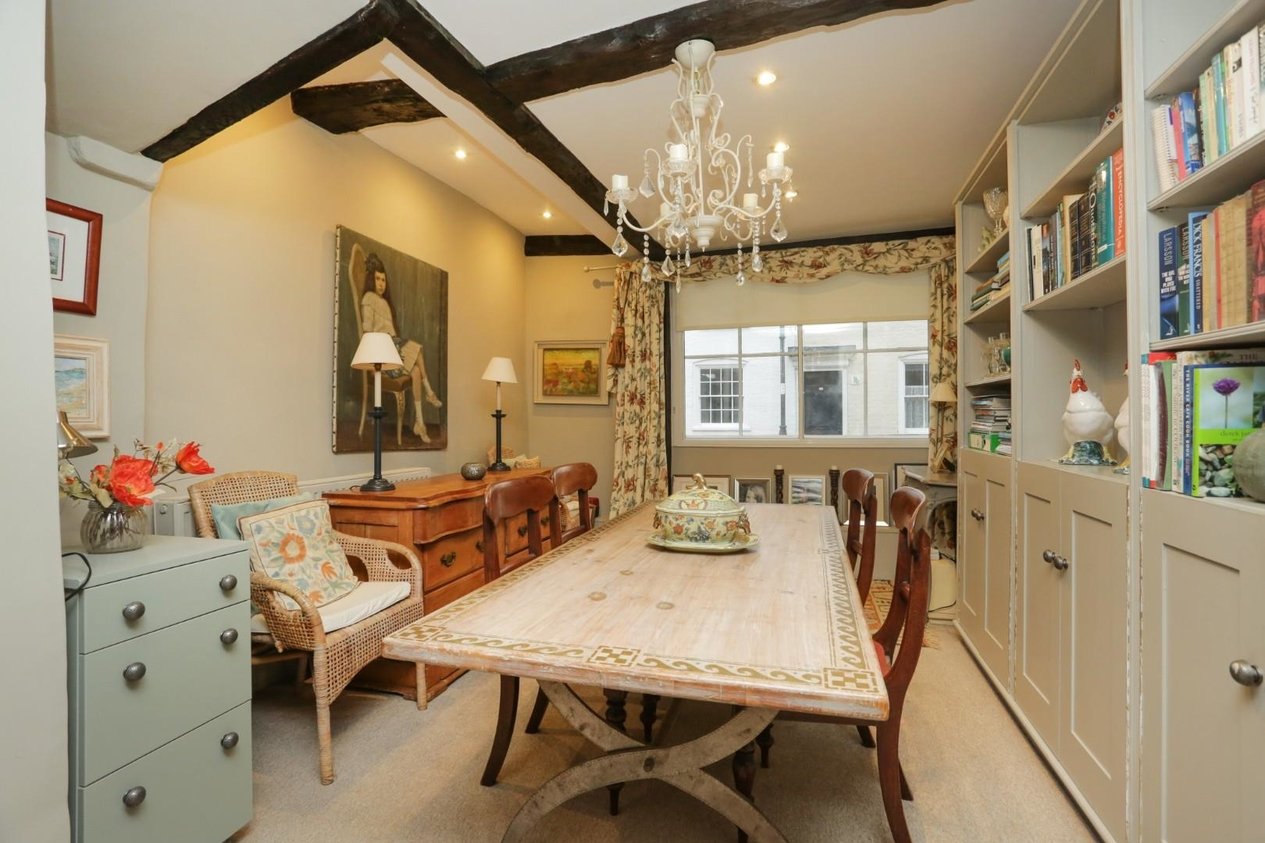 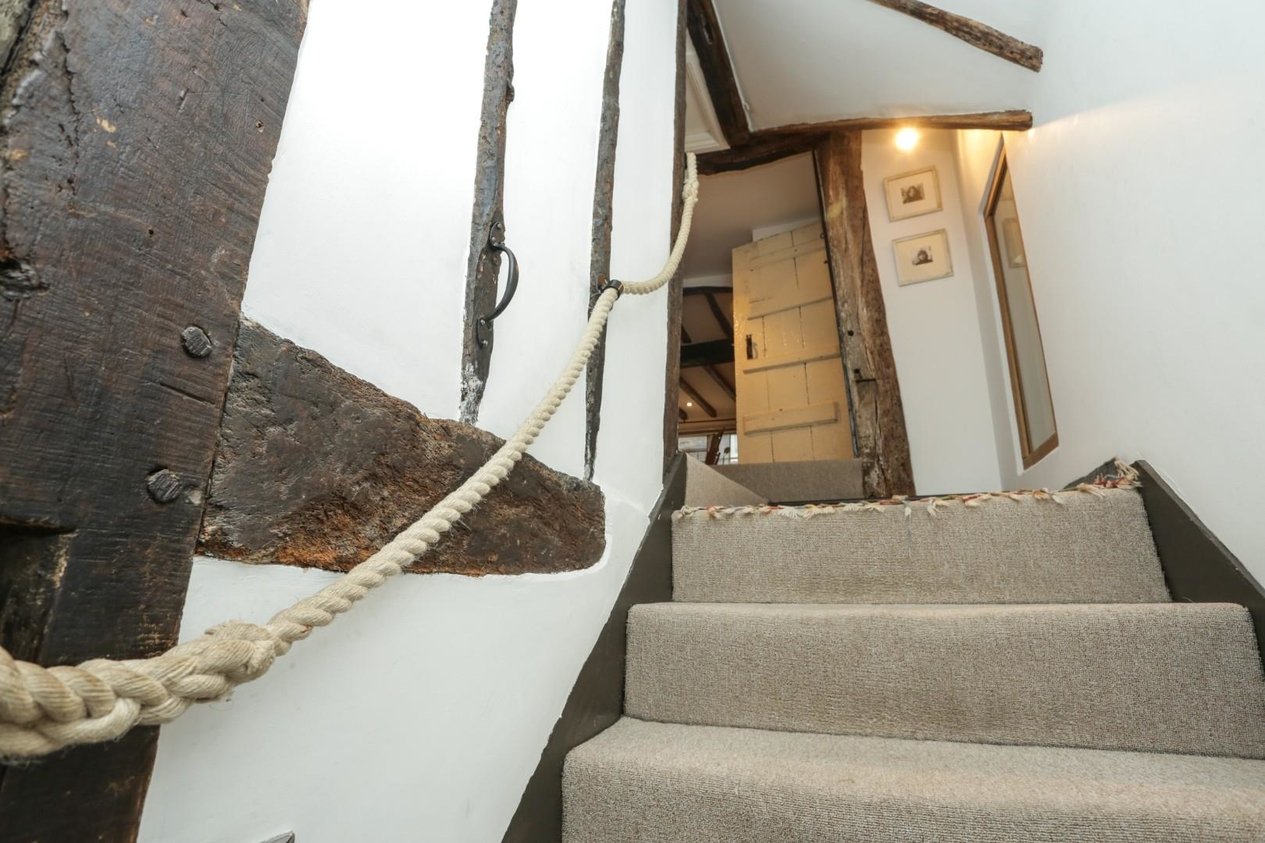 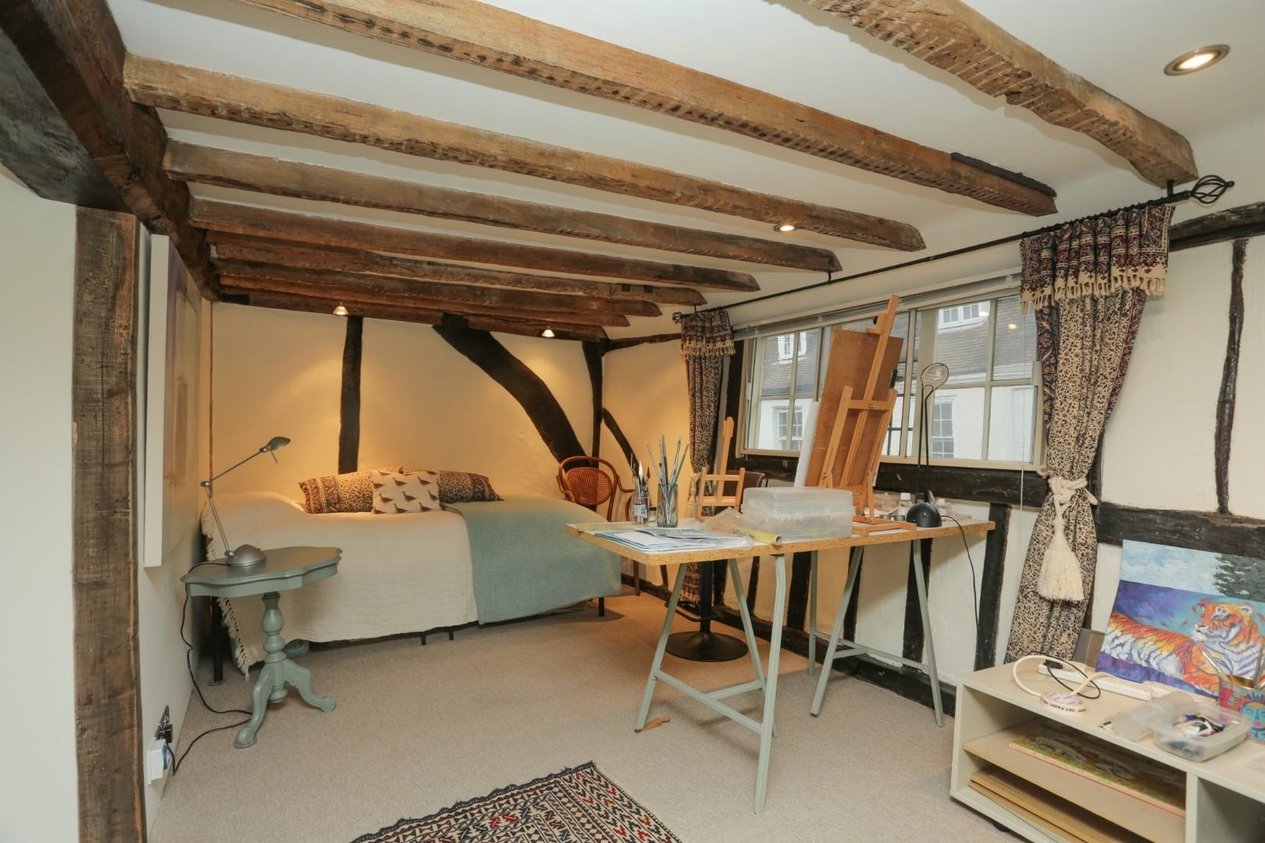 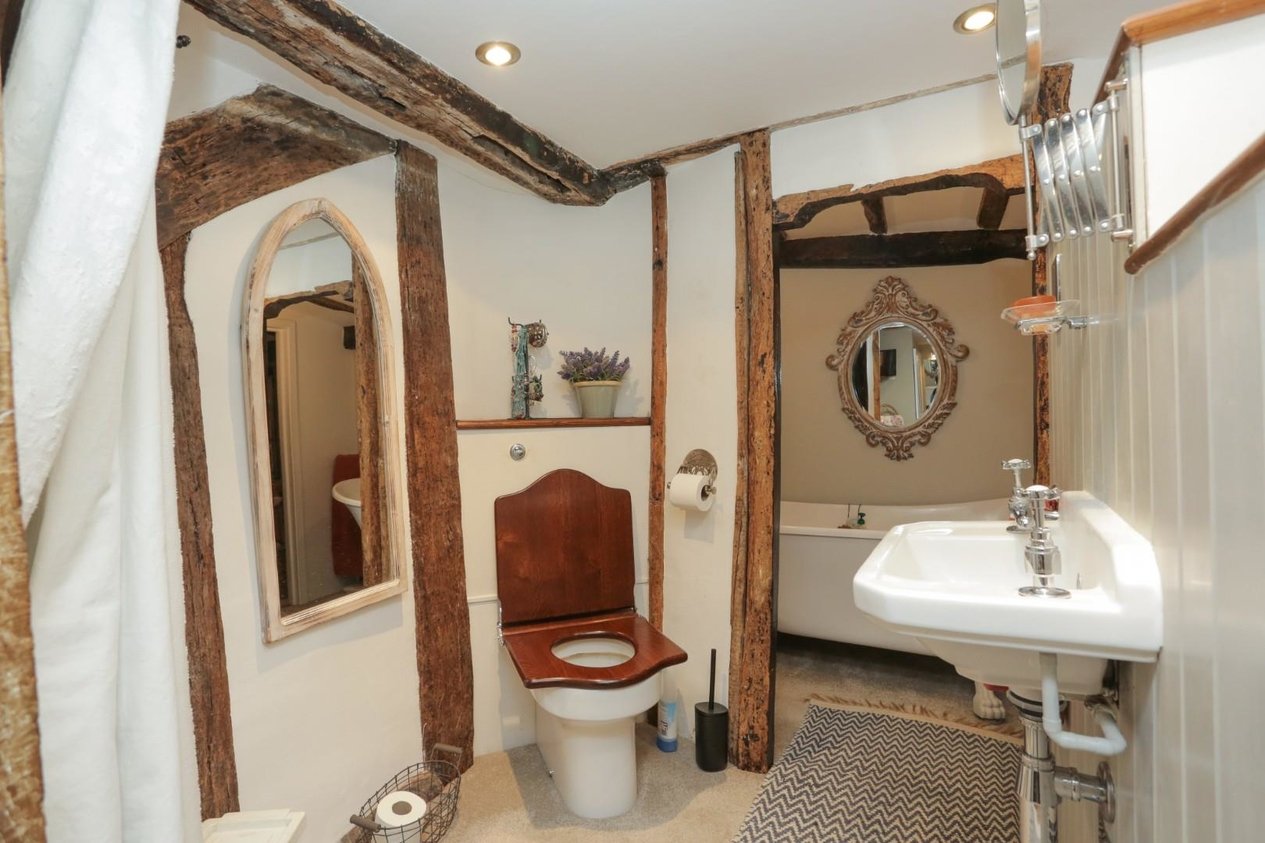 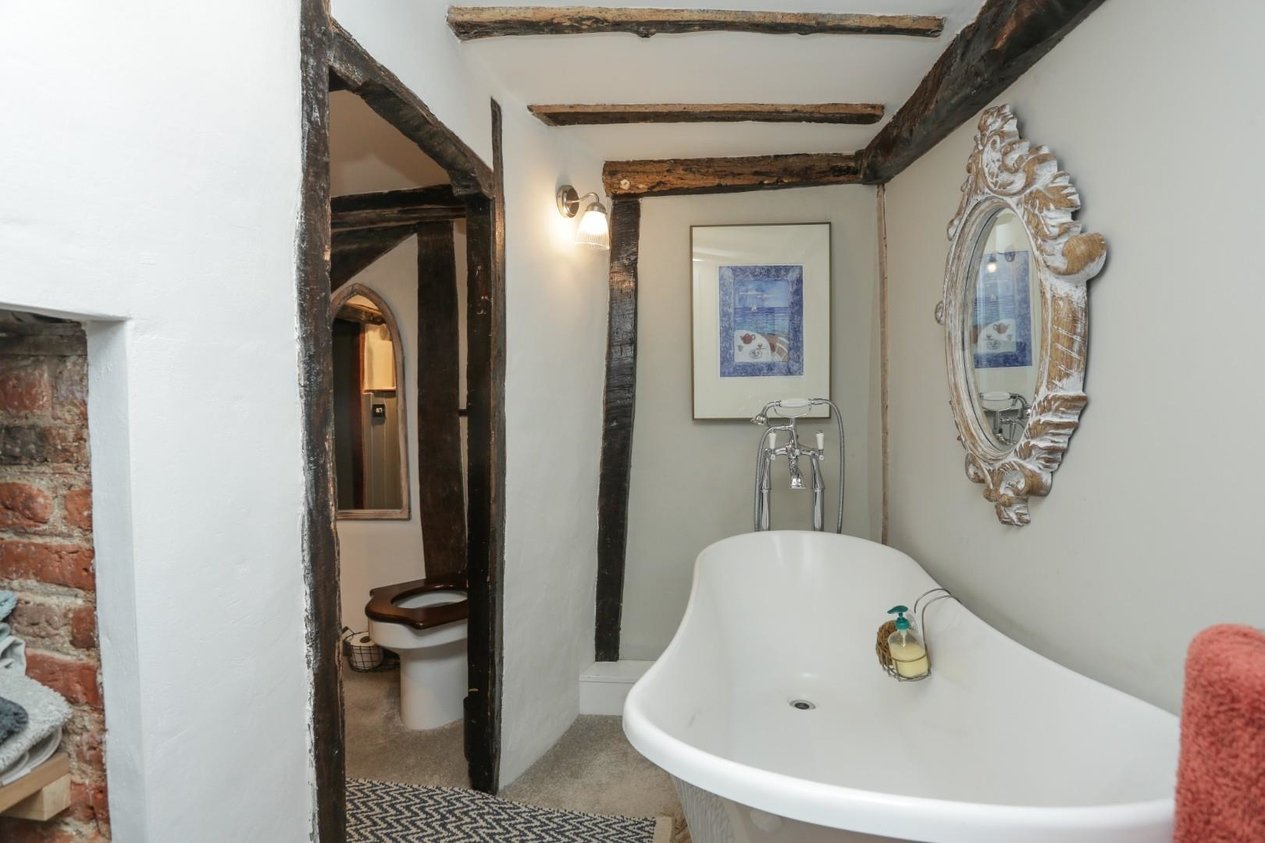 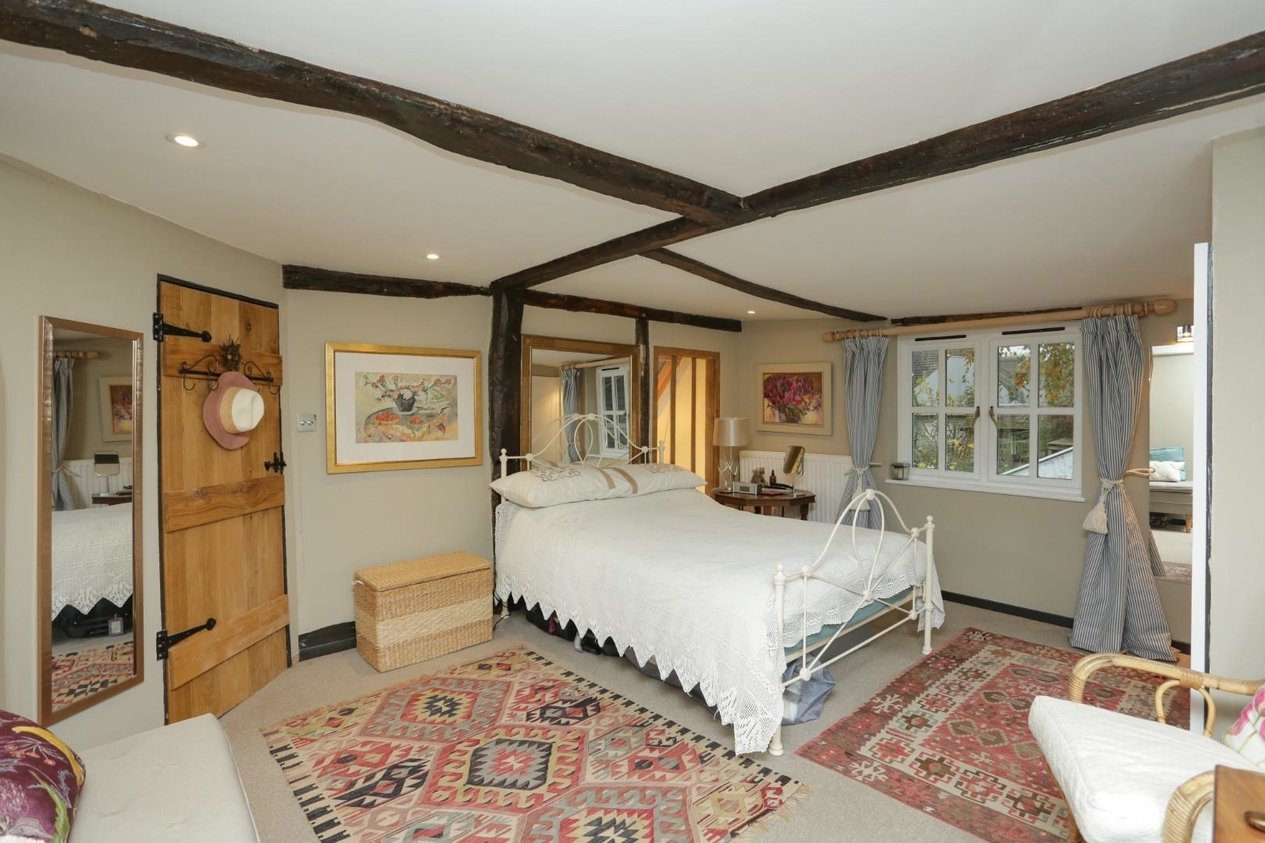 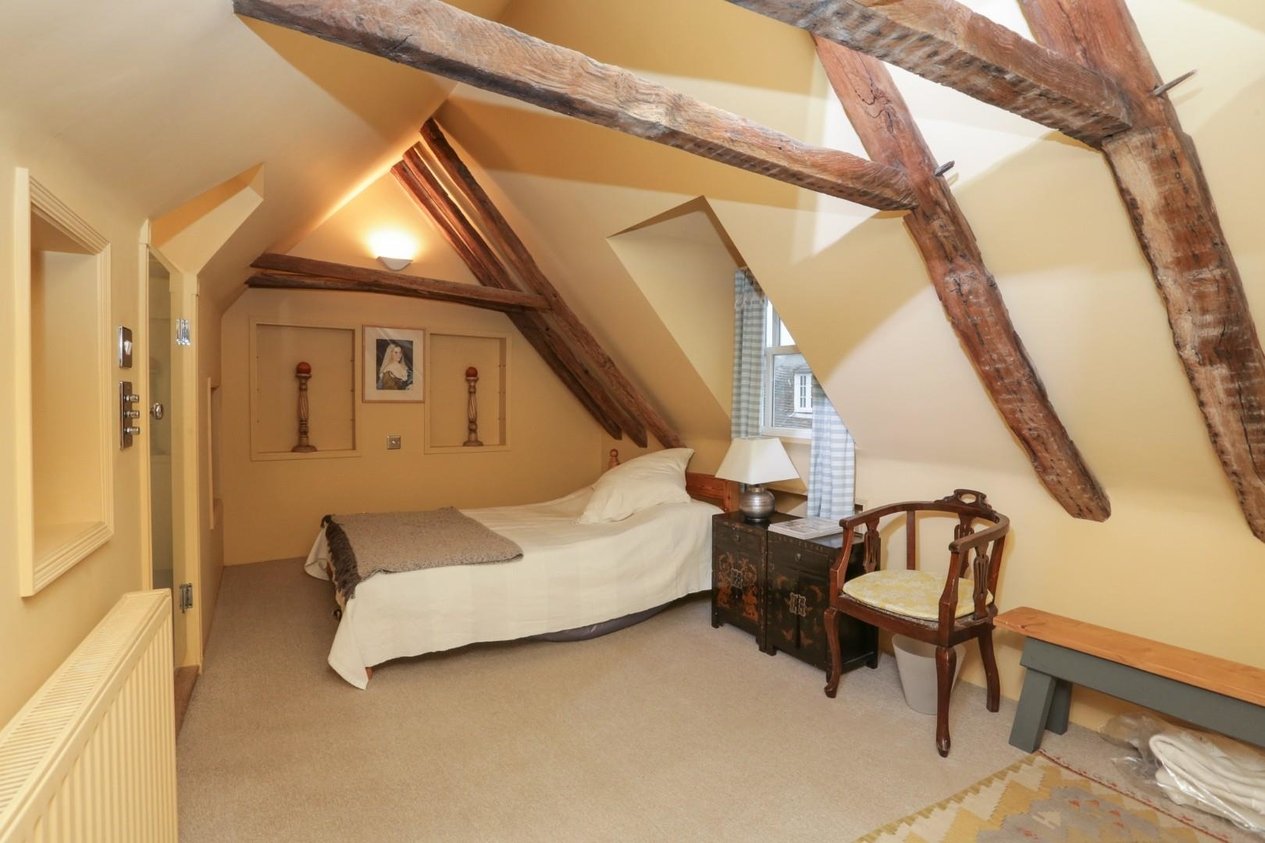 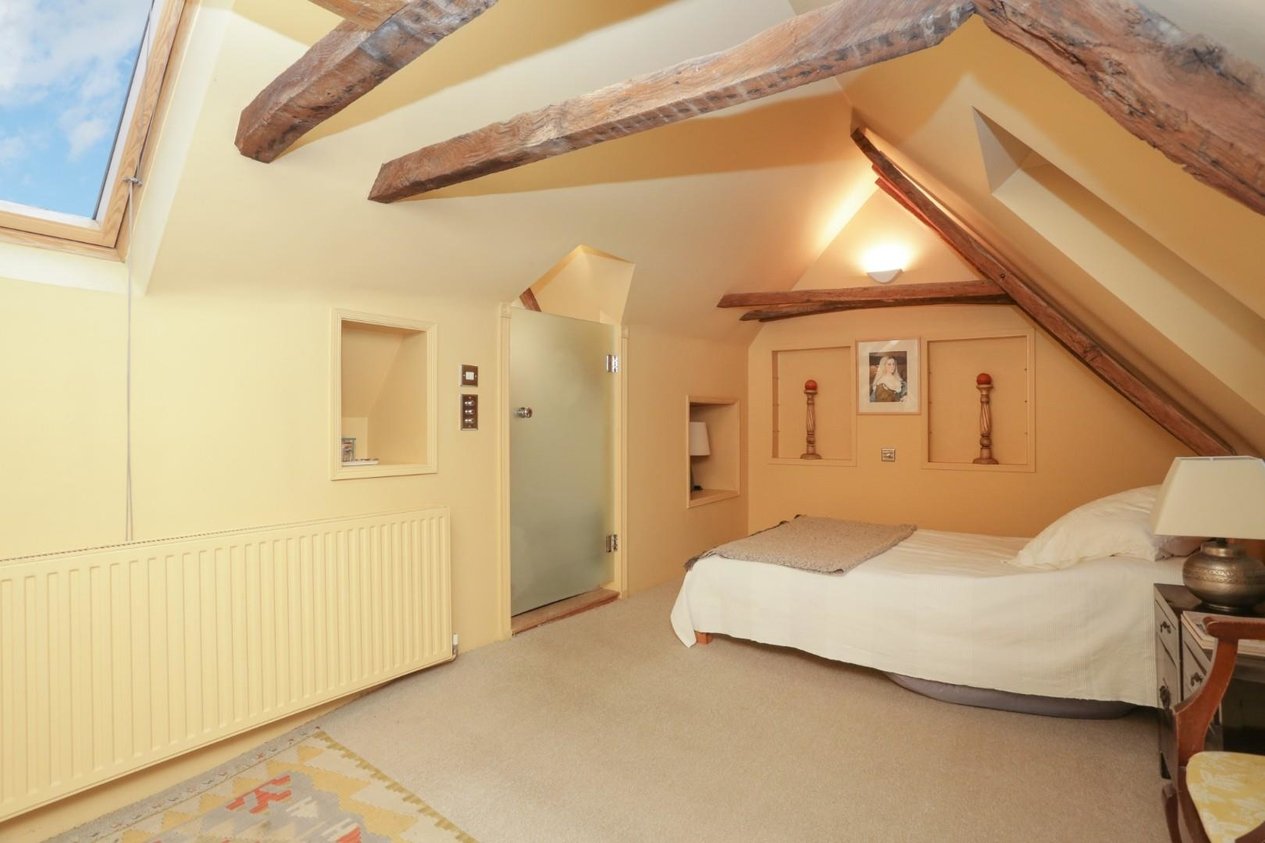 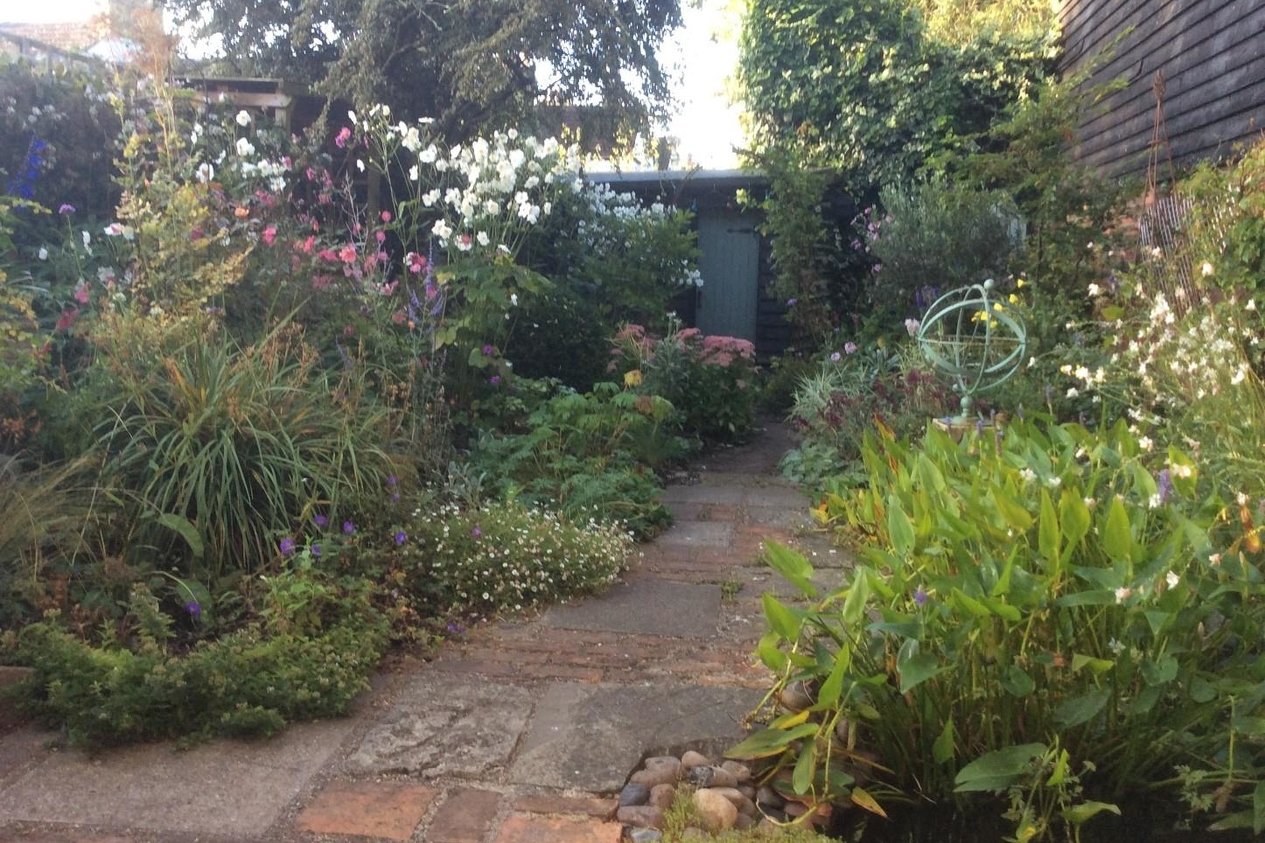 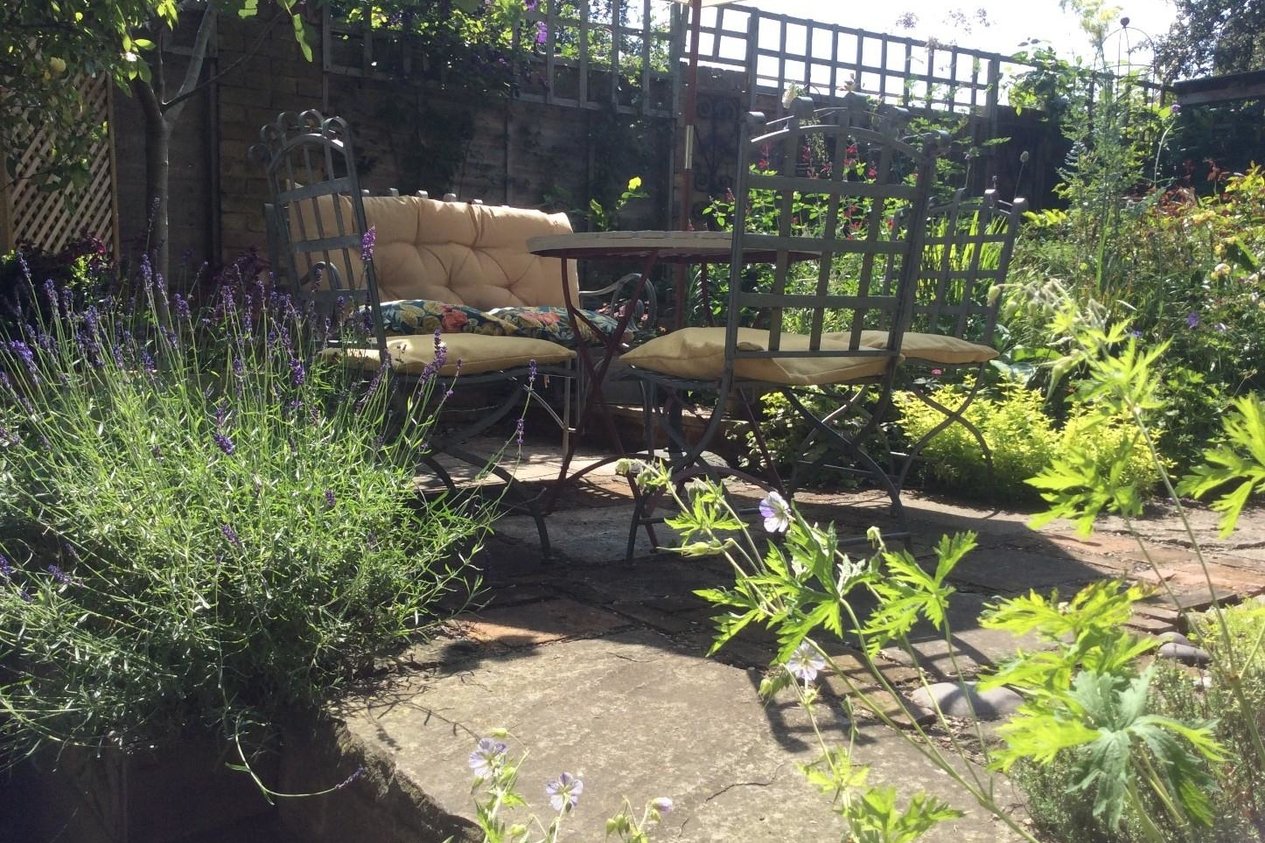 West Street is a grade II listed timber framed building and was once part of a larger property comprising of 59-61 with hop grounds extending behind the three properties. The front three stories of the house are believed to have been constructed in the late 15-16th century which is evident from the remains of a low arch door to the street which is now plastered over. This room has a fine Inglenook fireplace and impressive beams, a small connecting door to a dining room which is on the lower level.

The central part of the house is 17th century, also has an Inglenook fireplace and is heavily beamed, the Inglenook is quite roughly plastered in places and considerable black and indicating that this is where the cooking would have taken place.

The kitchen has been modernised and extended but it’s still possible to see the original windows of the old house at the first floor level. The rear portion of the house was rebuilt and extended probably in the 70s to form a pleasant sunroom with a glass atrium which faces south overlooks a sunny garden with an old wall topped with black weatherboarding forming the western boundary.

Being originally part of a larger property, there is a flying freehold over part of the dining room. The first floor has a deeply beamed front bedroom with an 18th century window over the street, and the rear bedroom over looks the garden. The top bedroom has an attractive A framed ceiling with original beams. 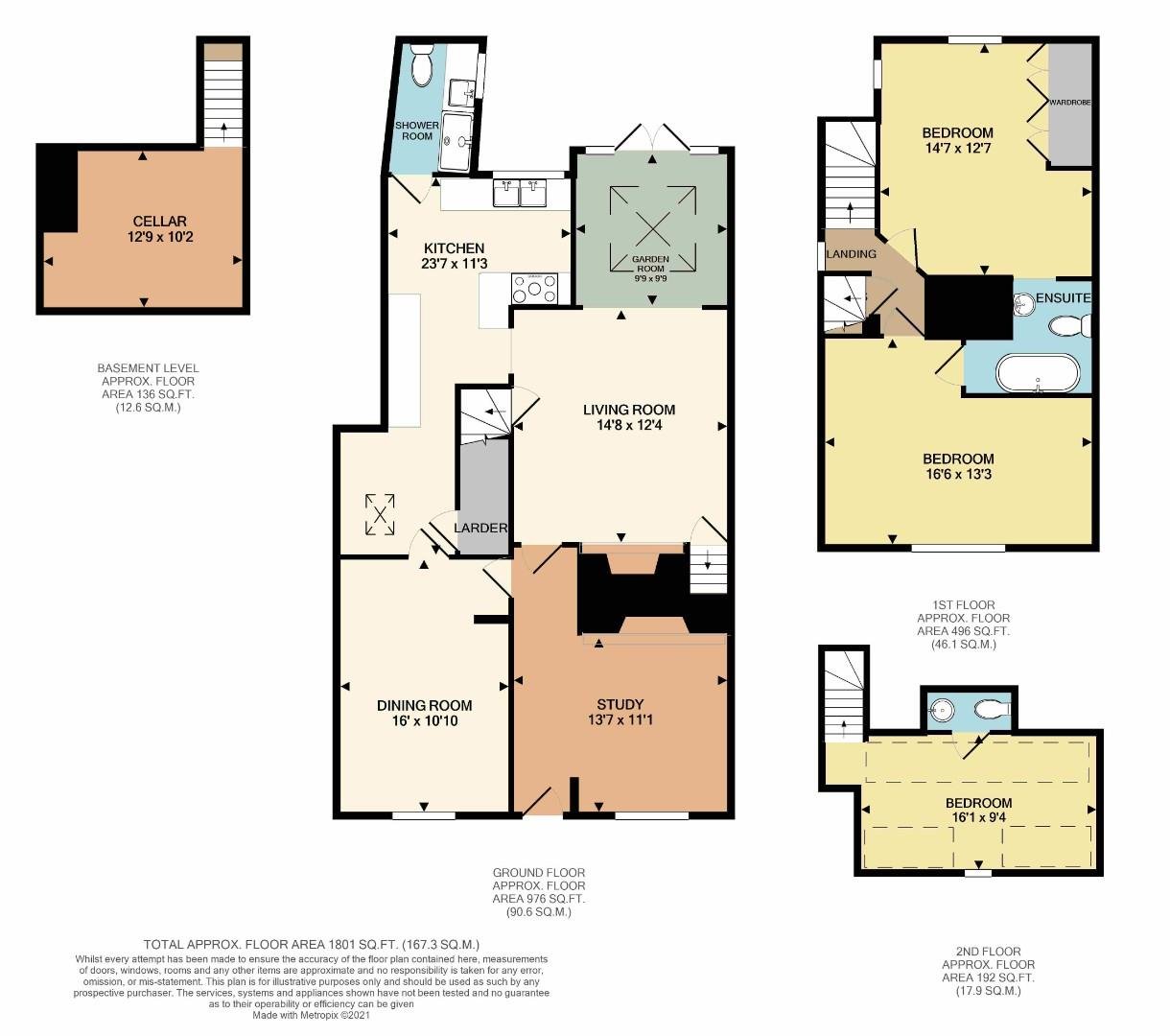 Faversham – A heritage town Faversham has around 500 listed buildings. Abbey Street is sometimes referred to as one of the finest medieval streets in southeast England. The town has a good mix of cafés, restaurants and independent stores. If you’re interested in living in Faversham, come into our Faversham office and we can help find a property to sui
Read Full Guide 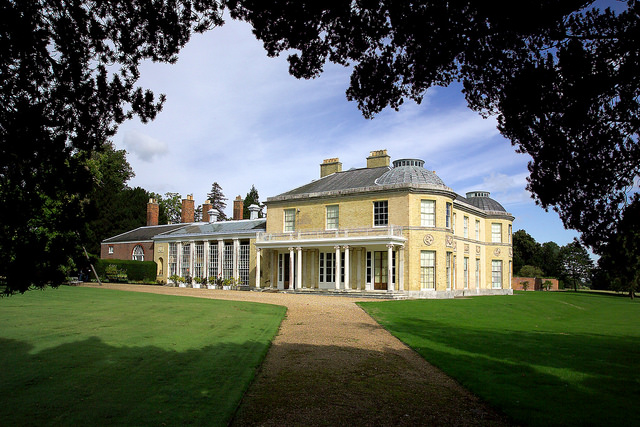